» Varanasi- known as “Kashi” meaning land of Lord Shiva. Yes you have heard it right Varanasi holds many important facts of history which makes it a history of inhabitation that extends to the Iron Age in the 11th century BC. Varanasi is the world’s only oldest continuously inhabited city. A major pilgrimage place of Hindu, located on the bank of Holy Ganges River. Throughout its history it has been an important industrial centre, and grew to become one in culture and religion as well, with the Buddha having been said to have founded Buddhism here.

The standard time to start the tour is 07:00 AM. However, you can select your own time. At 07:00 AM, IBCD Team member pick up from your desired location in Varanasi and proceed for full day tour of Varanasi.

We will drive forward to Sarnath which is approx. 10kms. Sarnath is known as the holy place of Lord Buddha. In Sarnath under the Bodhi tree Lord Buddha gave his first sermon in 528 BC, giving rise to the philosophy. A local museum, one of the most important in the whole country, contains carvings from different time periods throughout the history of India, including selections from the archaic, Mathura School, Medieval, Gupta, and more, ranging from the 3rd century BC to the 12th century AD.

Later you will see the Bharat Mata temple, or Mother India temple via drive pass Hindu Benaras University. You will also see the Sankat Mochan temple, which is also denoted as “monkey temple” due to the home of thousand monkeys.

We will head toward the Vishwanath temple which is the holy temple dedicated to lord Shiva.

In evening see the beautiful lit Ghats and Ganga Aarti with the Boat ride.

Later you will be dropped to your city Hotel.

♦ Special ℵote → The above itinerary is a suggested one. We can do customization in Varanasi Day Tour ( 0 Nights & 1 Days ) package to make an itinerary as per your comfort, special interest and requirement which can be adding new places to visit or changing the sequence of whole package. 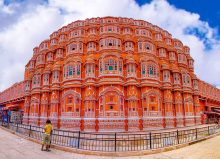 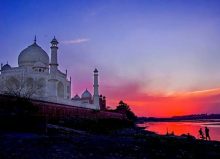 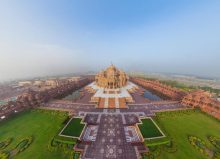